It all began with the family patriarch, Mario Jordão, the father of César Jordão who was a coffee grower in Nova Esperança in Paraná and has always enjoyed life in the country since he was a child. When in 1981 they joined some friends of Paraná and came to know the region of the Savannah of kombi. In this they returned to their homes marveling with the crops of the region. When in 1982, Mr. Mario bought 36 ha of coffee in Monte Carmelo, with 2 other members. Over the years Mr Mario bought the members' shares and became a majority. In 1995, it was César Jordão's turn to turn to coffee, after finishing his master's degree in Agronomy and working at EMATER in Paraná, he was hired by a cooperative from the region to work in Coromandel, serving coffee growers, where he stayed for 8 years. In 2002, he left this cooperative and became a partner of the Agrocafé reseller company and in 2015, he disbanded the company to become a coffee grower. After 21 years in the Cerrado Cesar Jordão became a more respected Producer and Agronomist of the Region, also becoming one of the largest producers of coffee in Monte Carmelo. 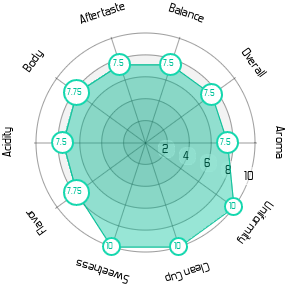 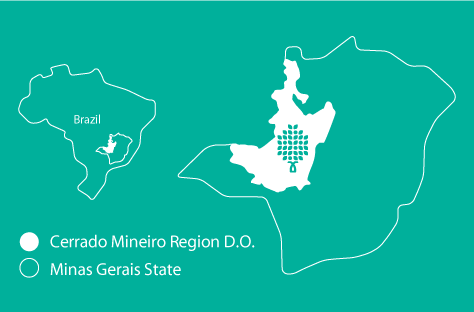 Having well-defined seasons - a hot, wet summer and a pleasantly dry winter - is a strong characteristic of the region. The coffee plantations are cultivated in areas with altitudes varying between 800 and 1,300 meters, the result being high quality coffees with a unique identity.

The coffees are “Origin and Quality Guaranteed” by the Cerrado Mineiro Region - D.O. Regulatory Board.

The Designation of Origin oficial production process emphasizes and values the characteristics of our terroir. Only coffees grown inside the officially delimited area and that followed the rules of the production process defined by our Regulatory Board may have the Cerrado Mineiro Region - D.O. assured by the Guaranteed Origin and Quality Seal.

Producing farms must be located within the Designation of Origin delimited area;

Coffea arabica is the official specie;

Minimum quality of 80pts based on SCAA* methodology;

The use of good practices and respect to Brazilian laws;

Coffee lots must be warehoused only in the accredited cooperatives;

Only the official coffee bag, identified with the Guaranteed Origin and Quality Seal., must be used.